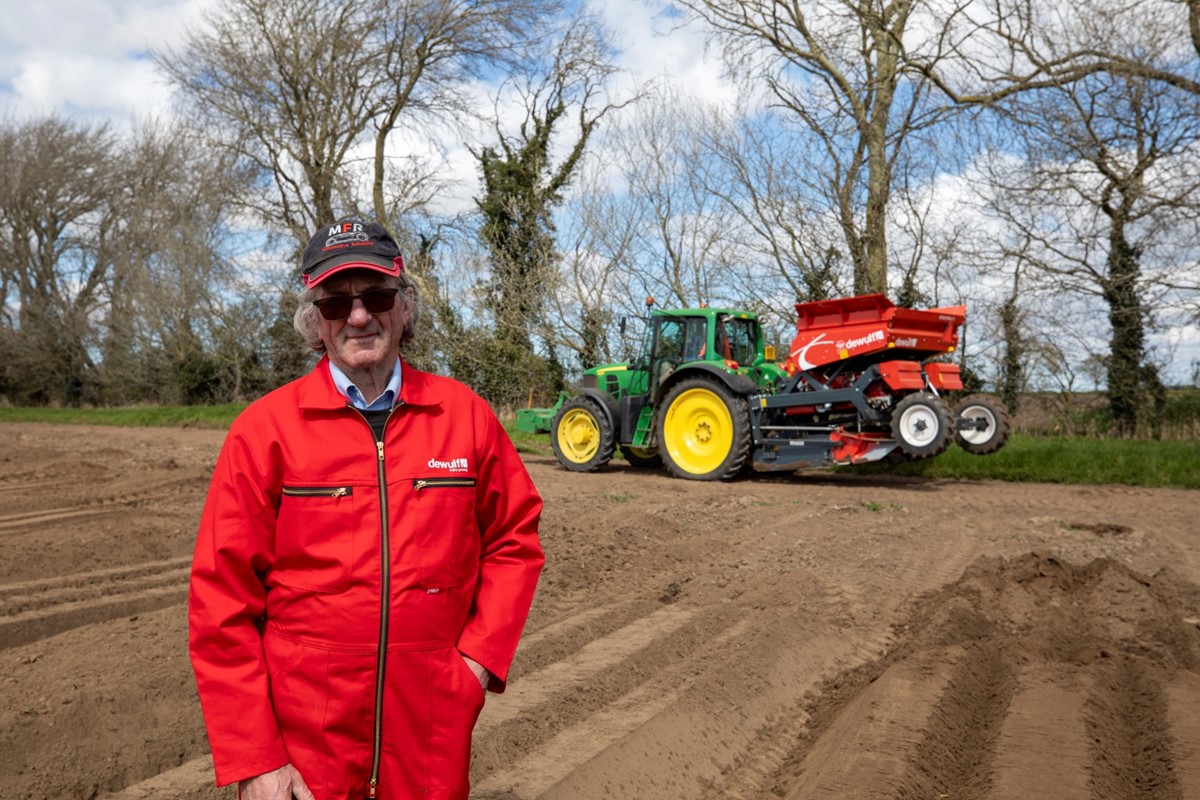 Alan and Jonathan Quail are farmers growing on average 100 acres of main crop potatoes in the Fens. At the end of 2020 they decided to investigate the benefits of planting a 3-row, bed system. They were looking to maximise the potential yield using the same amount of land and without significantly increasing our carbon footprint, which led us to the Dewulf Structural 30 planter, supplied by AgVantage.

The Dewulf Planter gave us the option to swap easily between 2 & 3 rows if soil conditions didn’t allow (not enough soil in the bed), says Alan Quail.
During planting we found the planter offered, excellent depth control and better control of seed spacing, especially when using different sized seed.
The rear hood, controls the soil very well and creates a good soil profile without causing compaction.
During the growing period, the 3 rows offered an even canopy. This allowed better pre-emergence herbicide control (no additional herbicide required than if planting 2 row) and moisture was held more efficiently in the row when compared to a standard 2 row system (especially important as we are unable to irrigate).

When it came to harvesting, the top ridge of the soil in the rows had not been compacted, this led to less soil for the harvester to process and better separation of the soil from the potato.
The harvester was able to work consistently at an even depth which led to easier lifting.This has given a uniform size and shaped potato with a substantially increased yield, with this in mind we believe the planter will have easily paid for itself within the first 2 years.

Over all we are more than happy that we decided to take the plunge and move into a 3-row bed system. The build quality of the planter is exceptional, as expected from a well-established manufacture. We received great customer service from the knowledgeable team at AgVantage. 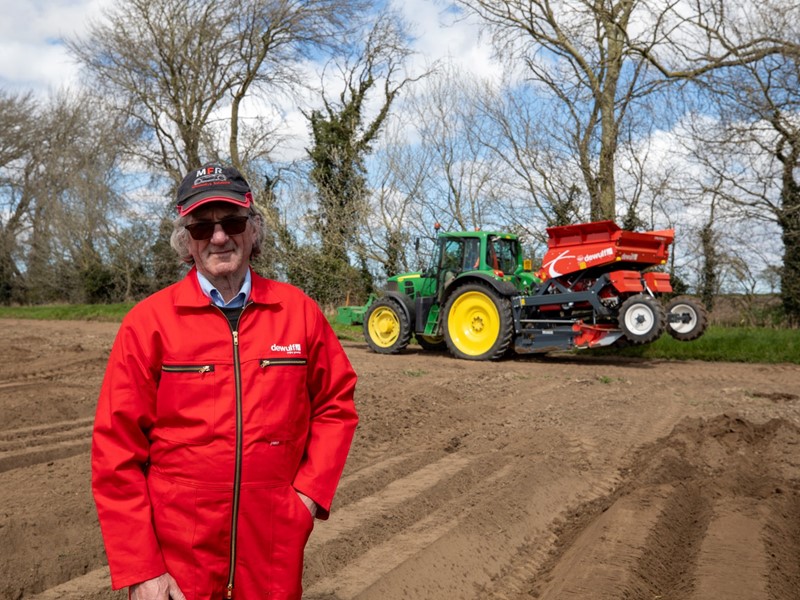 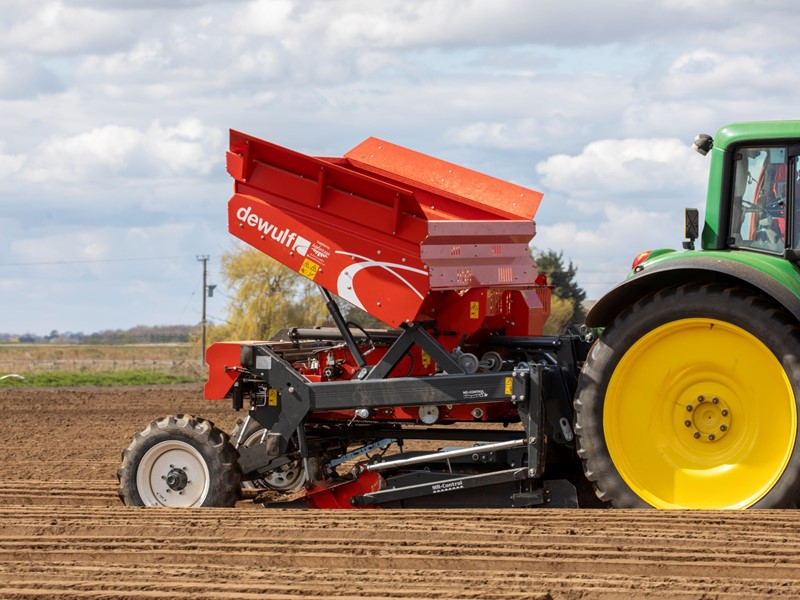 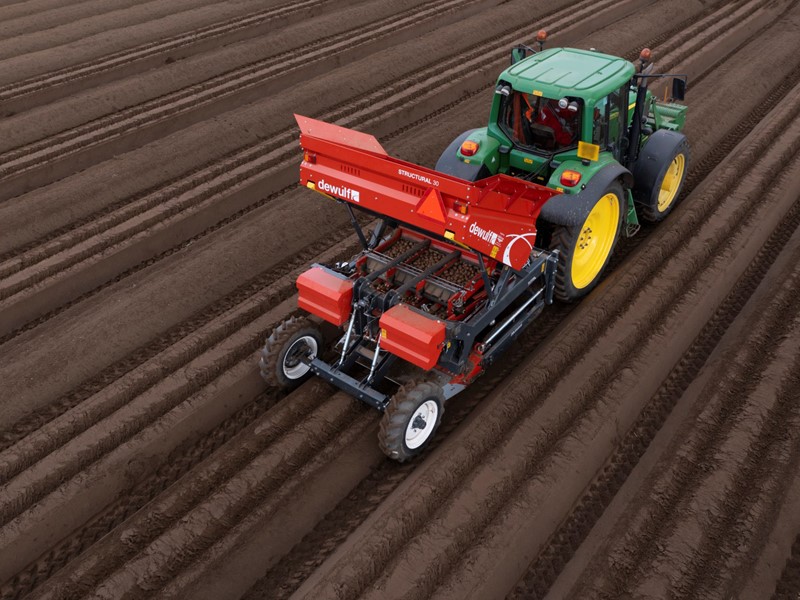 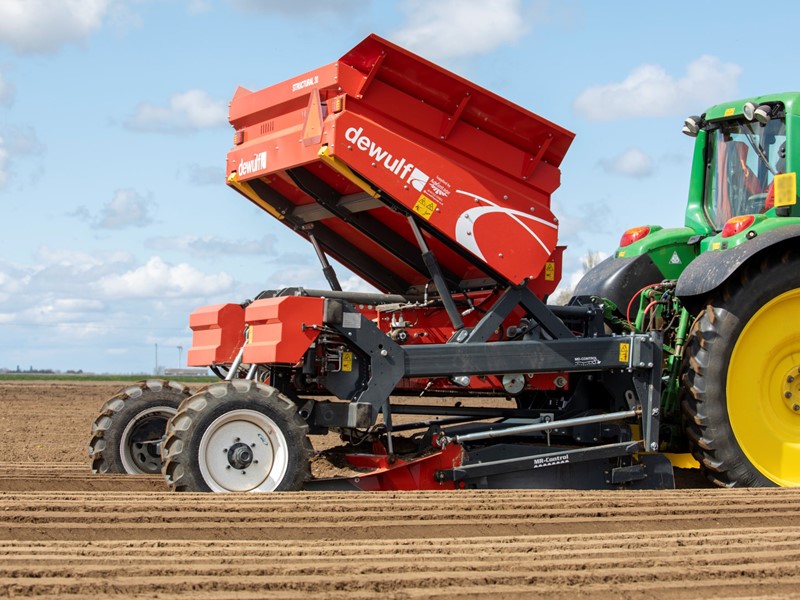 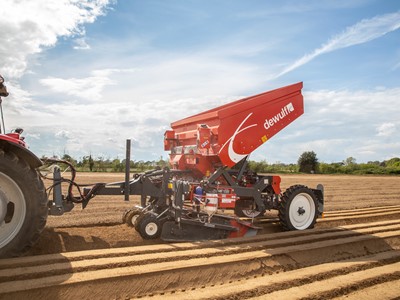