Dewulf is a leading global player and full-liner in agricultural machines for the cultivation of potatoes and root crops. With three locations – in Belgium, the Netherlands and Romania – the company leads the industry in the development and production of agricultural machinery for soil cultivation, planting, harvesting, grading, sorting and transport of potatoes and vegetables.

The family business has a rich 75 year history and is now under management of the third generation. Innovation, reliability, enjoyable collaboration and assisting the customer in finding the most economical solution are the cornerstones of the business strategy at Dewulf. The group achieves a turnover of 80 million euros with a close-knit team of 360 employees (2020).

1946 – founding of Dewulf: Robert Dewulf is a farmer's son. However, he's more interested in the technical aspect of the agricultural life. At the age of 25, he starts out his own activity of welding ploughs in his father's barn.

1980s – relocation to bigger company site: At the end of the 80s, Dewulf relocates to a larger site and facility in Roeselare, in order to cope with its continuous growth.

1989 – innovative R3000: In 1989, Dewulf achieved a milestone with the introduction of the first ever self-propelled, three-wheeled, side-mounted potato harvester with gooseneck control. For this exquisite concept, Dewulf received the famous Gouden Aar during the 1990 Agribex exhibition in Brussels, Belgium.

2014 – acquisition of Miedema: Thanks to the acquisition of Miedema, Dewulf is now one of the undisputed global leaders in this segment of the agricultural machinery manufacturing market. Miedema has been providing effective and highly-regarded solutions for potato growers (soil cultivation, planting, storage, transport & grading) throughout the world since 1940. Dewulf can henceforth provide a complete machinery range for the modern-day potato and vegetable growers around the world.

2018 – Official opening of Smart Logistics Centre: Dewulf officially opens its new logistics centre in Roeselare. This project fits with the family company's strategy for achieving further organic growth and makes it possible to serve customers even better. The construction of the warehouse, with a price tag of around €10 million, is the company's largest financial investment since its founding in 1946.

Our history in images 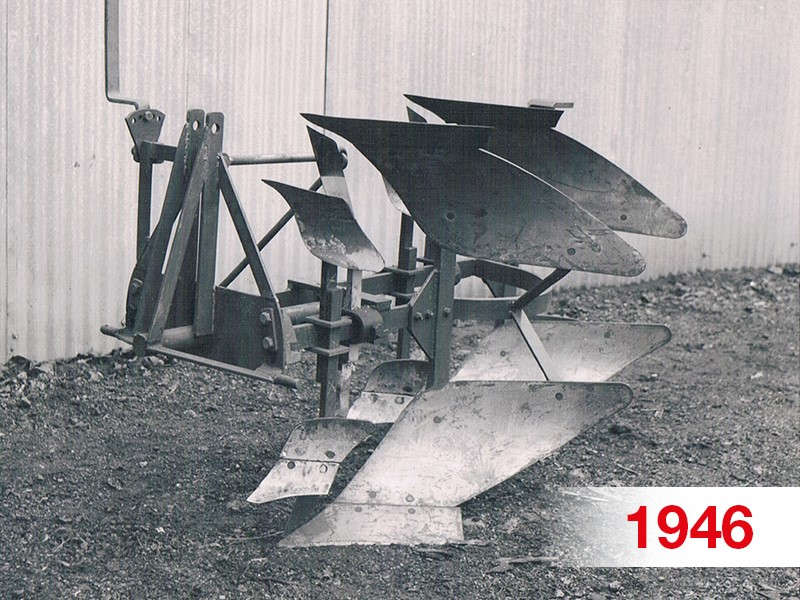 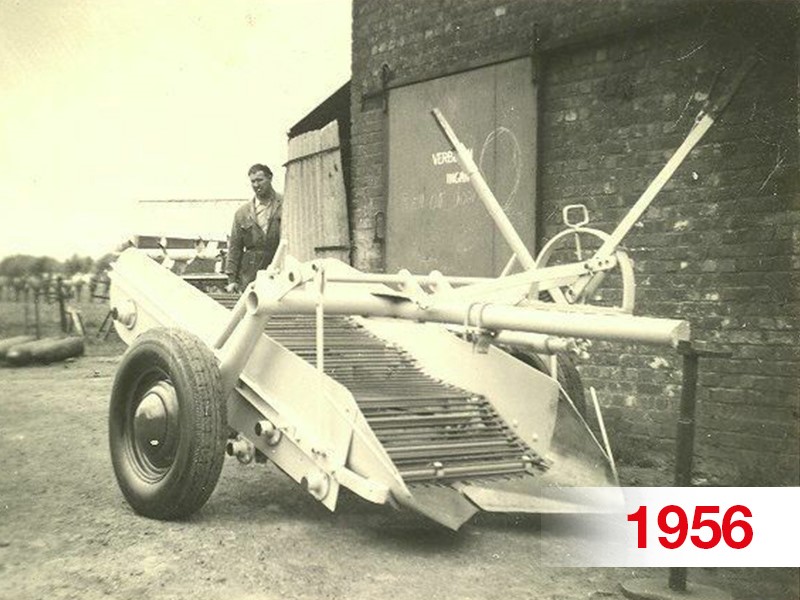 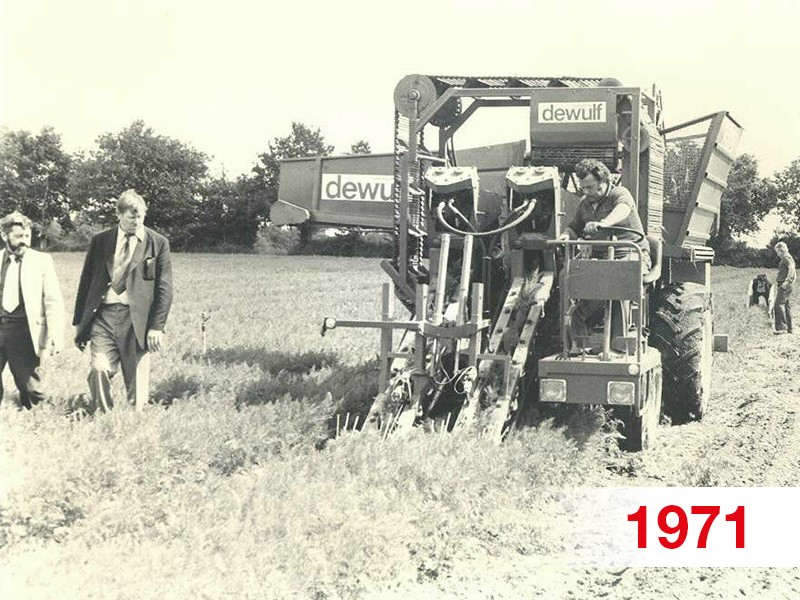 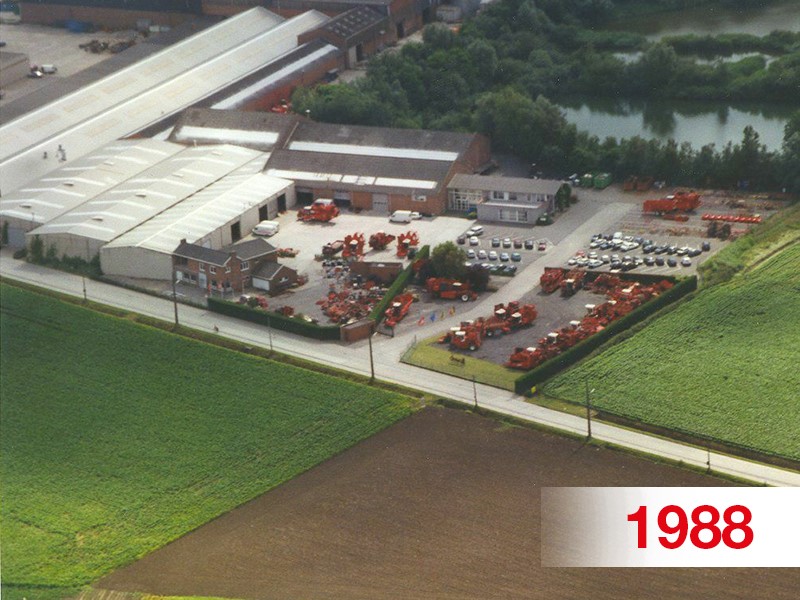 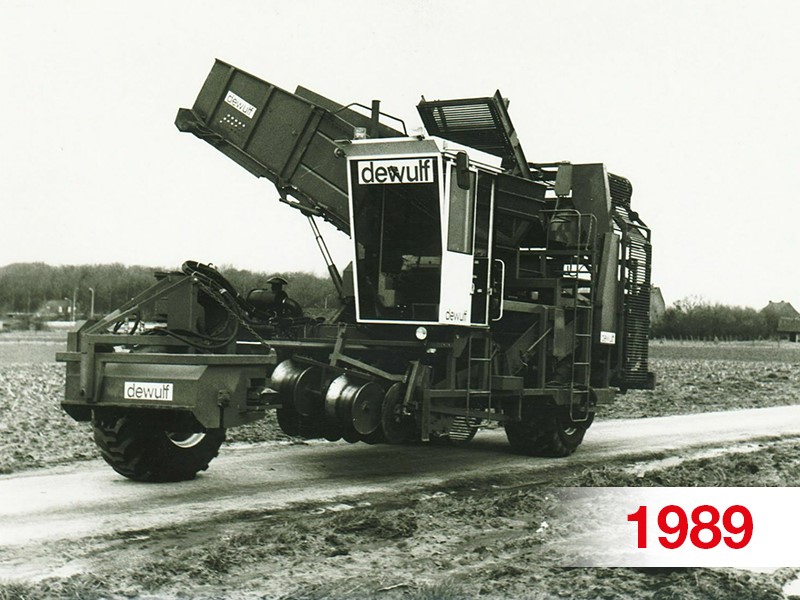 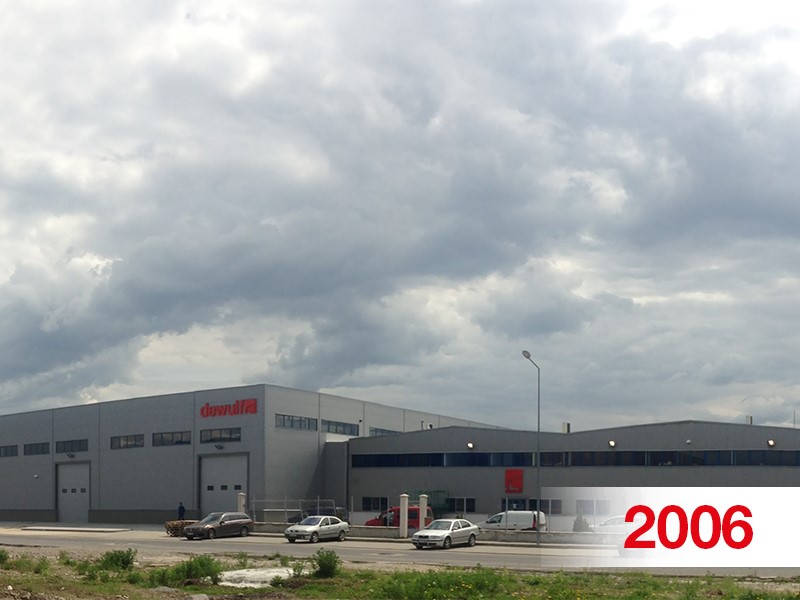 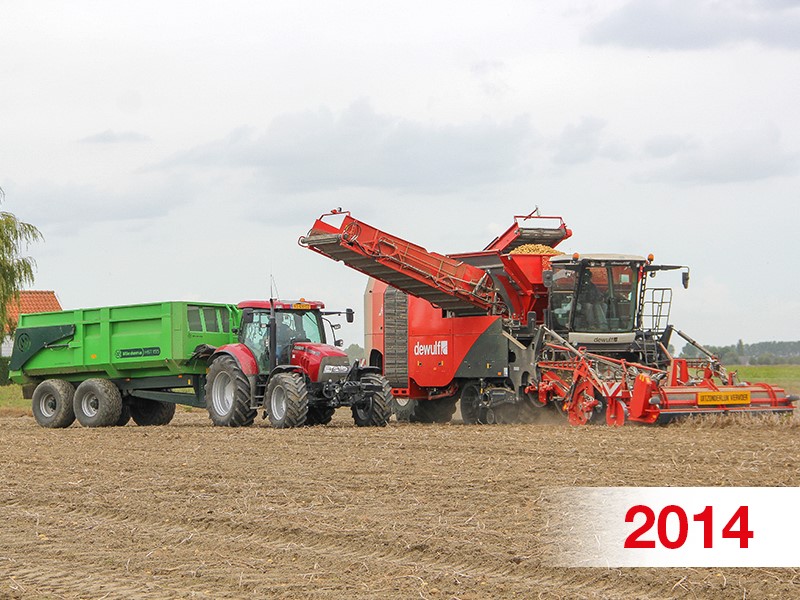 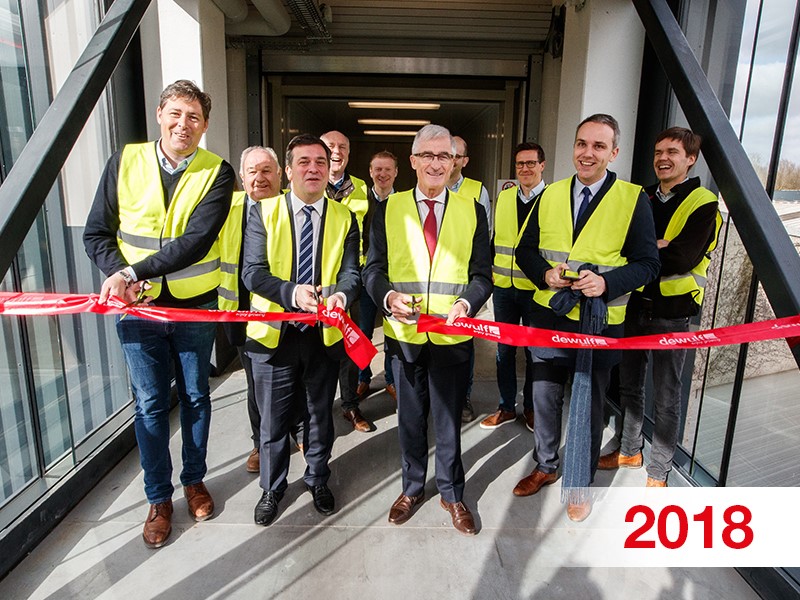